Very compact and powerful PC! The Chinese manufacturer Nofflink offers its latest premium product under the N600  name; the top configuration is equipped with the AMD Ryzen 9 5900HX. We took a closer look at the compact computer and will provide you with a detailed analysis in this review.

Nofflink is a Chinese manufacturer that has been producing compact PCs for many years. The performance of the compact Mini PC continues to increase through new developments. Nofflink now sells its top AMD Ryzen 9 5900HX-based model under the N600 name. Armed with this knowledge, we started running benchmarks with high expectations. The Nofflink also offers excellent performance that in everyday use you won't want to miss after a short trial.

The extremely high operating speed makes the Nofflink N600 interesting, and the system is also suitable for CPU-intensive tasks. Nofflink sells the N600 as a barebones as well as a preconfigured system with RAM and SSD storage. The hardware is housed in a very compact enclosure measuring 149 x 145 x 40 mm. This makes the Nofflink N600 more compact. However, Intel's NUC 10 Mini PC is more compact in terms of size.

The Nofflink N600 comes in a sturdy box with all the accessories you need to get your PC up and running quickly. The larger power supply is flatter than the EliteMini HX90, but it also lacks a USB-C port. Additionally, the package includes a mounting plate for connecting the device to the display (Vesa mount). Internally, the device can be equipped with two additional storage drives. Therefore, a total of three storage units can be installed in a small PC. 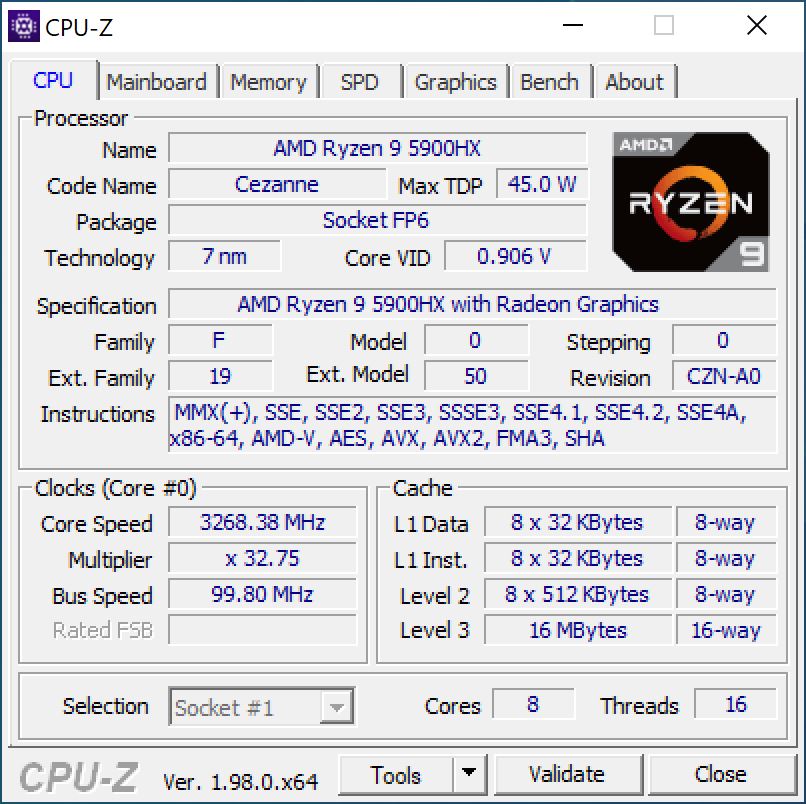 Unlike Minisforum, Nofflink houses the hardware in an aluminum case, which looks sturdy and has a very high-quality feel. However, the surface is adorned with a plastic layer, which is reminiscent of piano lacquer after removing the protective film. Due to the disadvantageous properties (micro scratches), we aren't especially fond of these finishes. Nevertheless, the manufacturer seems to have done its homework very well here. Even after several days of intensive use, we haven't detected any micro scratches yet. These often appear right after removing the protective film. These scratches become noticeable even faster when the device is also frequently cleaned from dust.

Nofflink has chosen a very flat solution for the cooling construction, which also facilitates the low build height. We only measure a bit over four centimeters including the support feet. Therefore, the cooling system is somewhat reminiscent of a laptop solution, and it makes use of a small fan.

The interior can be accessed very quickly. However, you should know that the top and bottom sides can be individually removed. The top side is only secured with two small screws, and after removing them, you can access the built-in SSD as well as the RAM. An additional storage drive in the 2.5-inch format can be installed here as well. The bottom is secured with four screws that are located directly underneath the glued-on feet. The cooling unit is located underneath the bottom cover as well as another place to fit an M.2 SSD.

In terms of external ports, the Nofflink N600 provides several options for external peripherals. We counted a total of six USB-A ports and one USB Type-C one. However, the USB ports on the back are exclusively USB 2.0 ports. This isn't quite up to date, unfortunately. We would've expected at least USB 3.0 speed here. Nevertheless, you can safely connect your input devices here. You can choose between HDMI, DisplayPort, or USB Type-C when it comes to image output. In total, the Nofflink N600 can support three displays at the same time. Sadly, this model doesn't have a Thunderbolt interface, either.

The Nofflink N600 was provided to us with the AMD Ryzen 9 5900HX. This octa-core processor offers enough computing power, and the PC's potential is actually not being fully exploited if only office tasks are to be performed. But having a certain amount of performance headroom is very reassuring. Moreover, our test sample is equipped with 32 GB of RAM and a 1 TB SSD. Therefore, you're well taken care of for the time being, and you don't run the risk of needing to upgrade quickly. Nofflink  doesn't explicitly classify the S500+ as a gaming PC, which is completely understandable, since the iGPU in the Ryzen 9 5900HX can only be recommended for gaming to a limited extent.

Processor
The built-in AMD Ryzen 9 5900HX originated in the mobile field and is otherwise only found in laptops. Nofflink makes use of this SoC because of its low heat development and still very high performance. The processor is part of the Cezanne series family and is based on the Zen3 architecture. A total of up to 16 threads can be processed simultaneously, which makes the SoC ideally suited for multithread tasks. In a performance comparison, the Nofflink N600 falls slightly behind the Minisforum EliteMini HX90. This is due to the former's slightly inferior cooling unit, which quickly reaches its limit under load with the AMD Ryzen 9 5900HX.

Like Minisforum, Nofflink N600 also offers different settings in the BIOS (10-, 15-, 25-, 35-, 45-, and 54 watts) when it comes to the SoC's TDP. The AMD Ryzen 9 5900HX is used with 45 watts by default. However, the SoC can also be run with 54 watts. We performed all benchmarks with the increased TDP to enable a better comparison with the EliteMini HX90 from Minisforum.

Due to the marginally worse but still very good performance of the SoC in the Nofflink N600 , its performance can keep up with an Intel Core i5-11600K. The latter, however, requires a lot more energy (125-watt TDP), which once again clearly sets the performance of the AMD Ryzen 9 5900HX apart here.

For further comparisons and benchmarks, please refer to our CPU Benchmarks article.

During our first load test, which we simulate with the Cinebench R15 multi-loop, we can clearly see that the compact design and the small cooling unit can still handle the AMD Ryzen 9 5900HX well. At the same time, however, the higher TDP can't be kept constant, which is reflected in a lower average score. With 1,892 points, the Nofflink N600 ranks just ahead of the Minisforum EliteMini HM90 that is based on the AMD Ryzen 9 4900H. Minisforum shows what can be achieved by implementing a better cooling system with the EliteMini HX90. You can expect a good 10% more performance in the long run.

Graphics card
As we mentioned before, there's no dedicated graphics card in the NOFFLINK N600, which conversely means that the AMD Radeon RX Vega 8 serves as the integrated graphics unit of the AMD Ryzen 9 5900HX. We're already familiar with what can be expected from the iGPU, since the model isn't an unknown one, and it already has a few years under its belt. With the innovations of the SoC, AMD has also slightly improved the performance of the AMD Radeon RX Vega 8 as well. Nevertheless, it's still the old Vega architecture at its core.

The NOFFLINK 's iGPU can use 4 GB of RAM in gaming mode, which can be activated in the BIOS. This value can also be adjusted by the user, though. A maximum of 16 GB is possible, provided that the installed RAM is sufficient. This option is also available with the competition. Nevertheless, the Minisforum EliteMini HX90 only gets 2 GB of RAM for the iGPU due to the lower amount of RAM. There is a small advantage to the slightly larger allocated RAM, as many games deliver higher frame rates at medium presets. Still, you can't expect too much from the iGPU. Compared to a modern dedicated graphics card, the iGPU has to admit defeat.

Speaking of dedicated graphics cards: Desktop GPUs can also be used via the M.2 interface with a suitable adapter. The only drawback here is the PCIe x4 speed. Nonetheless, an external desktop GPU should still deliver better frame rates over the four PCIe lanes compared to the iGPU. Since we haven't received a suitable adapter so far, we can't make any concrete statements regarding performance here.

So, if you want to buy the NOFFLINK N600 , you should know that the AMD Radeon RX Vega 8's performance is only sufficient for a limited amount of games or for those that aren't very demanding. An improvement in 3D performance should accompany the AMD Ryzen 9 6900HX, because Navi is supposed to replace Vega in the iGPU for the first time here. But this is only pure speculation at the moment.

You can find more benchmarks based on the AMD Radeon RX Vega 8 here.

Emissions and energy
Temperature
nofflink installs a compact cooling unit with a small fan in its N600. It sucks in fresh air from the side and then blows it out of the case again through the side. In our opinion, the cooling unit is a bit overstrained with the AMD Ryzen 9 5900HX, something that is also reflected in the slightly worse performance compared to the competition. The performance of the SoC can't be maintained as stably as is the case with the Minisforum EliteMini HX90, for example.

Under full load, the AMD Ryzen 9 5900HX reaches a maximum of 90.6 °C (~195 °F), although the iGPU was significantly cooler at only 62 °C (~144 °F). The TDP of 54 watts, which we used for all tests, is also worth mentioning. Due to the iGPU's comparatively low temperature, it's not surprising that the 3D performance isn't worse after the stress test than compared to a cold boot. The result of the 3DMark11 benchmark shows this, and it only fluctuates within the range of tolerance by a few points.